Posted on September 2, 2015 by Adventurous Imp

The wait is almost over, Camouflage will be released on the 16th of September!

From that date onward, our colourful chameleon will be frolicking on the Google play store. You can then download the hungry lizard for free to brighten up your phone and help him catch some tasty bugs!

Camouflage will be available on the 16th of September for Android phones and tablets and have 80 different and challenging levels for you to complete! 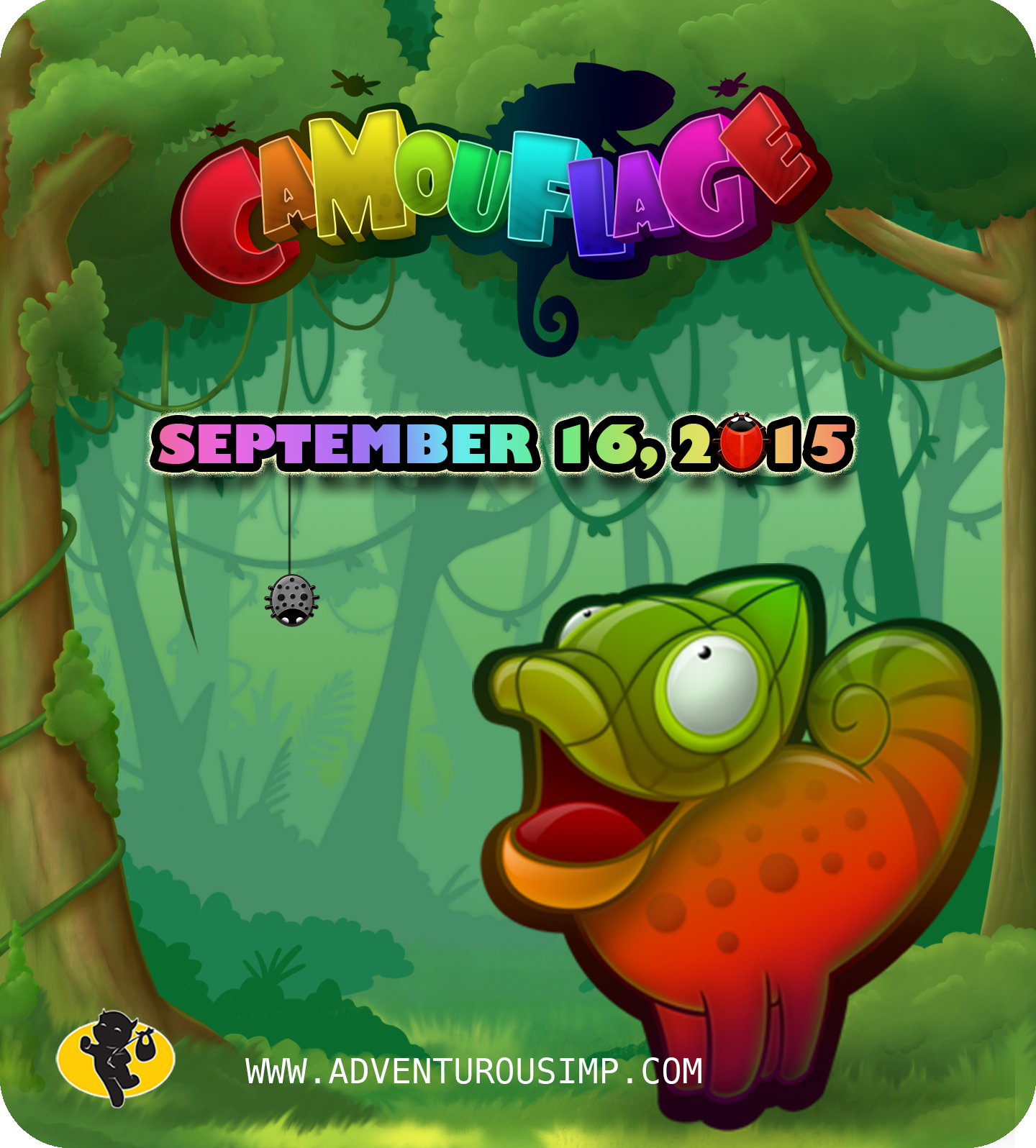 Camouflage: Now even easier to learn!

Based on the feedback I got from all the darling people who tested Camouflage, I’ve made some adjustments to the first few levels and the way the colour example is displayed. This is to ensure people know what to do right away without having to read any text! Also, we’re actually using the colours for camouflage again as was initially intended.

Did you know that the only texts in Camouflage are the title, timer and the levelscore? It’s because I wanted everyone to enjoy the game even if they can’t read or just don’t speak the language!

Camouflage is not available yet but stay tuned for more information!

You might have noticed that Adventurous Imp went back to and old layout and the navigation menu has changed at the top of the site. More specifically, I’ve added a new menu option named Press Play to Pause!

Press Play is a blog inspired by the David Perry challenge, a challenge I’ve wanted to do for a while. It is a place where I’ll post my analysis and opinions on about various games that I’ve played. Specifically things that stood out to me or what I would change if I had the chance. The main goal for now is to expand my own knowledge, but I have hopes that it will be a place where the games can be discussed and knowledge can be transferred. But that all depends on you!

The reason Press Play is on the Adventurous Imp website is because both concepts are still small, I had a lot of space left and decided to combine these things!

I might still decide in the future that either blog deserves their own space and move press Play to its own site. but for now, I thought it would be enough to just separate both blogs on the same website.

More content is always wanted, so if you have an opinion about games from a game design perspective and want to contribute to Press Play to Pause feel free to contact me

Posted in Company | Comments Off on Blog: Press Play To Pause

till! We’ve been working on our new mobile game, Camouflage!

Camouflage is a fun and colourful chameleon puzzle game for all ages. The objective of the game is to match the example perfectly by eating and mixing different coloured bugs! 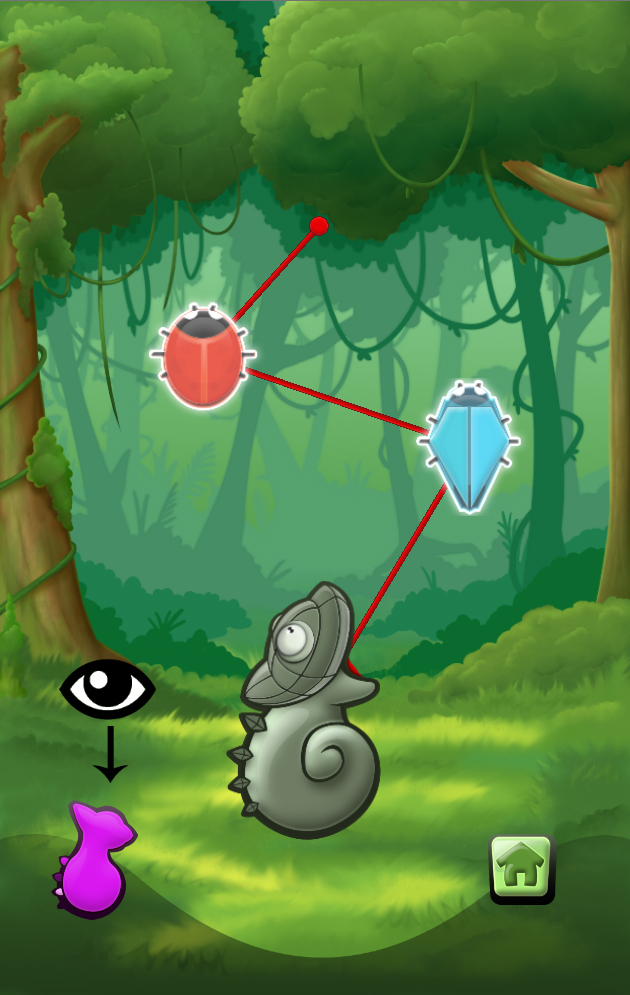 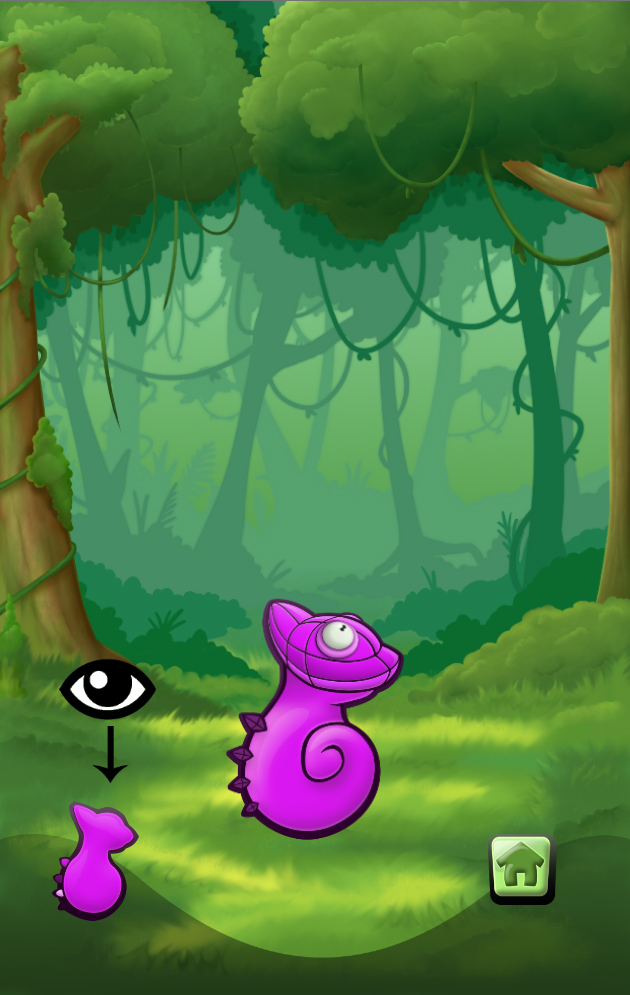 Designed to be playable by ages 7 to 120, Camouflage is a friendly, colourful, accessible and slow-paced game. Perfect for people both old and new to (mobile) gaming! Did I mention it has many colours?

Even though the game is easy to get into and looks cheery, don’t be fooled! Getting the right Camouflage gets more challenging very quickly! 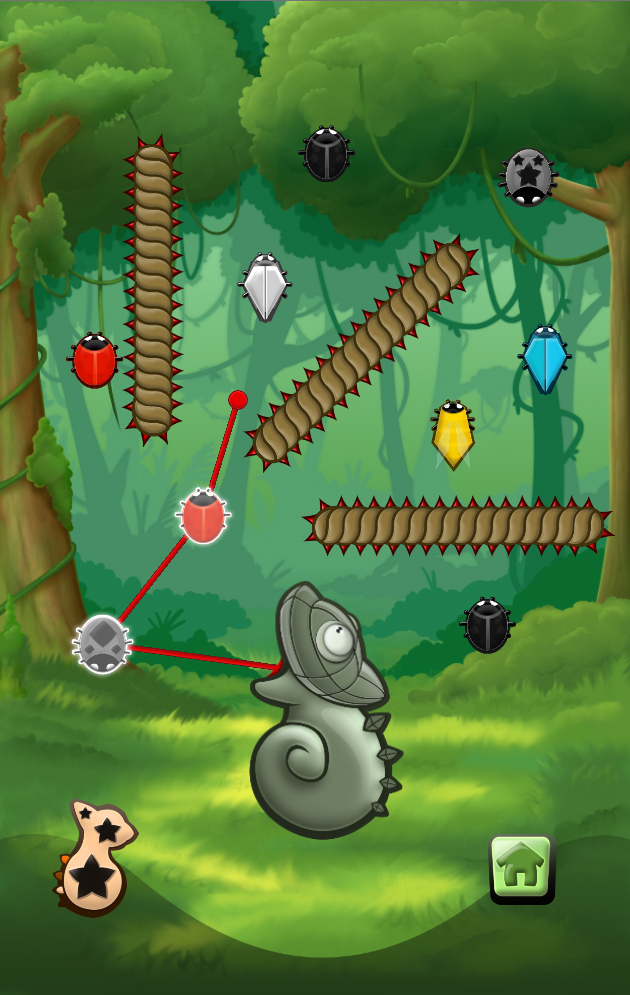 Camouflage is currently being developed for Android, so IOS players will have to be a little more patient. (or borrow a friend’s phone)

A release date has not yet been set, but stay tuned for more news!

Posted in Camouflage, Company | Comments Off on New Game: Camouflage

Hello everyone, I’m just trying out some new website layouts to see if I can find one to my liking.
In the meantime: did you see my lets play video of Table for Two yet?

Table for Two on Kongregate

Posted on February 4, 2015 by Adventuring Imp

As the title suggests, Table for Two is now playable on Kongregate.
Players will be able see each other’s highscore when playing there!

click here to play the game full screen on mobile

Table for Two is a cheerful, fun and endless runner game that is playable on mobile/tablet and on desktop. Gather as much chickens as you can while jumping over traps and platforms!

The trick to this game is to keep an eye on both foxes, don’t let either of them fall! 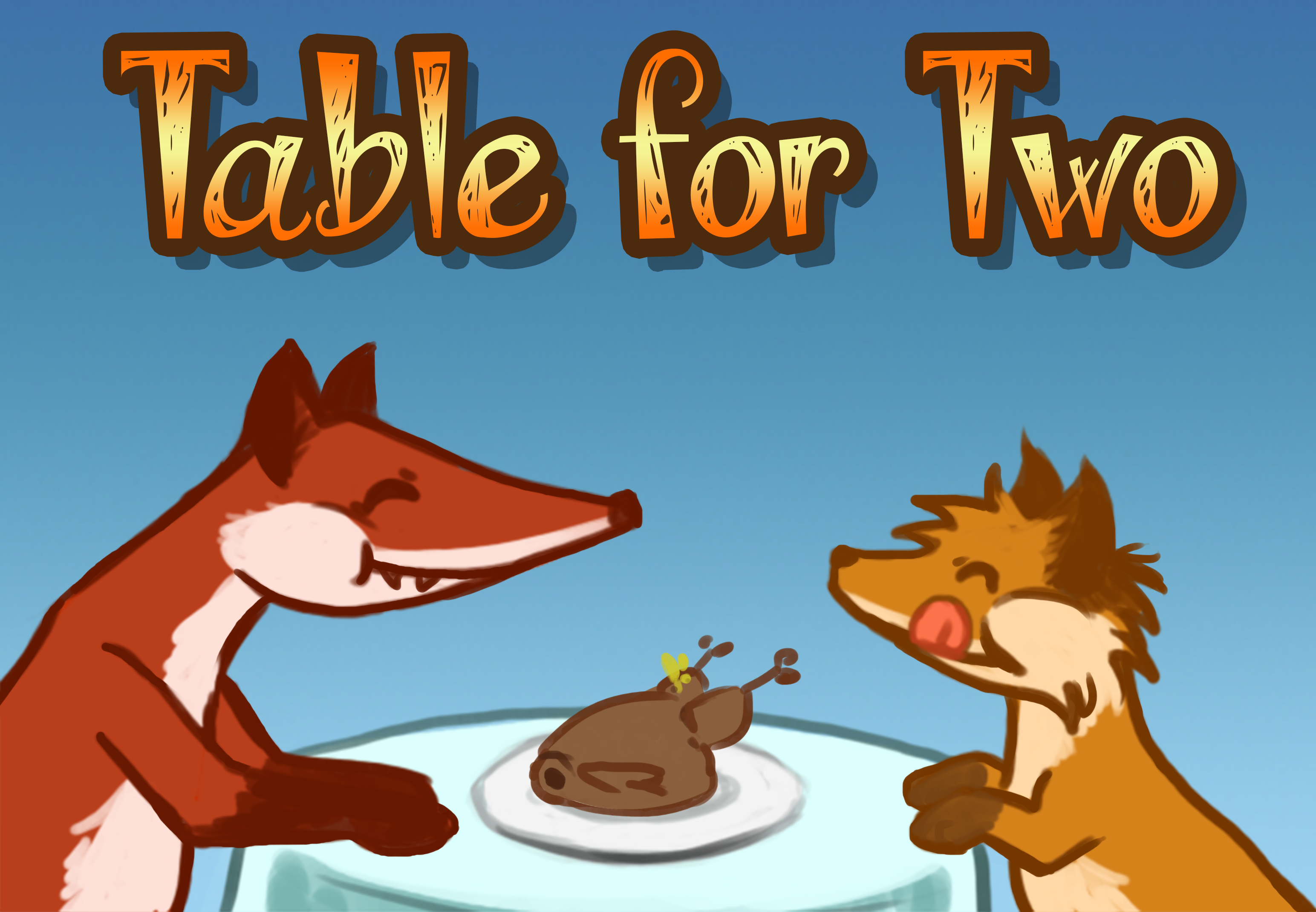 Lately I’ve been keeping myself busy with creating a new small game for HTML5, it’s an cheerful endless runner game that lets you control 2 foxes in their quest to fill their bellies! 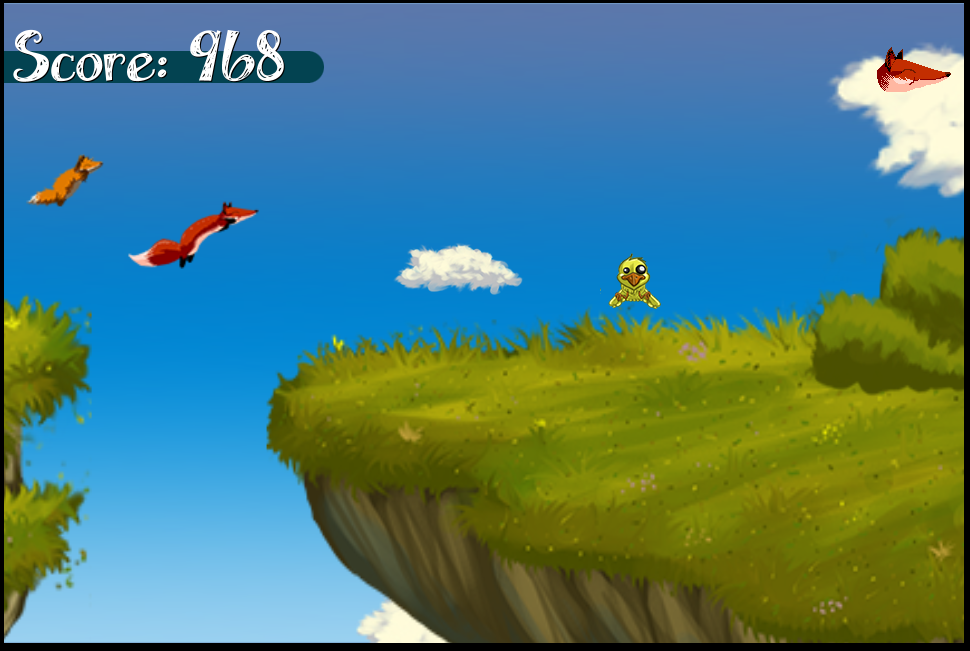 It will be playable on both pc and mobile very soon, stay tuned!

Last weekend I participated in the Global Game Jam again. As usual at the Utrecht School of Arts location in Hilversum!

For those of you who don’t know what the GGJ is: It’s a mad weekend where people lock themselves up with their groups for 48 hours straight to make a game. It’s a global event and depending on what country you live in there can be several locations you can go to, to participate.

48 hours is a very short time to make a game but we succeeded and made a local multiplayer game: Nicholas Liquorice, The quest for Candyland 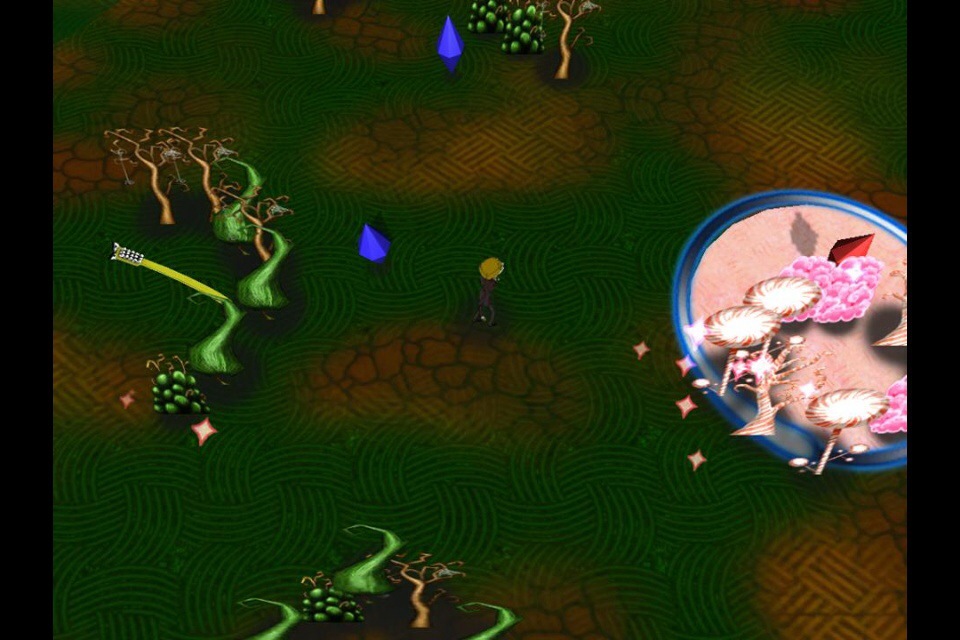 It’s available here: http://globalgamejam.org/2014/games/nicholas-liquorice-quest-candyland
You need two controllers hooked up to your computer to play though, so be warned.

I was responsible for some of the art, some of the game design, and a bit of project management.

The other members of my team deserve credit too of course as they’re wonderful and talented people! Make sure to check them out on the website.

I had such a blast and I’m looking forward to next year already! 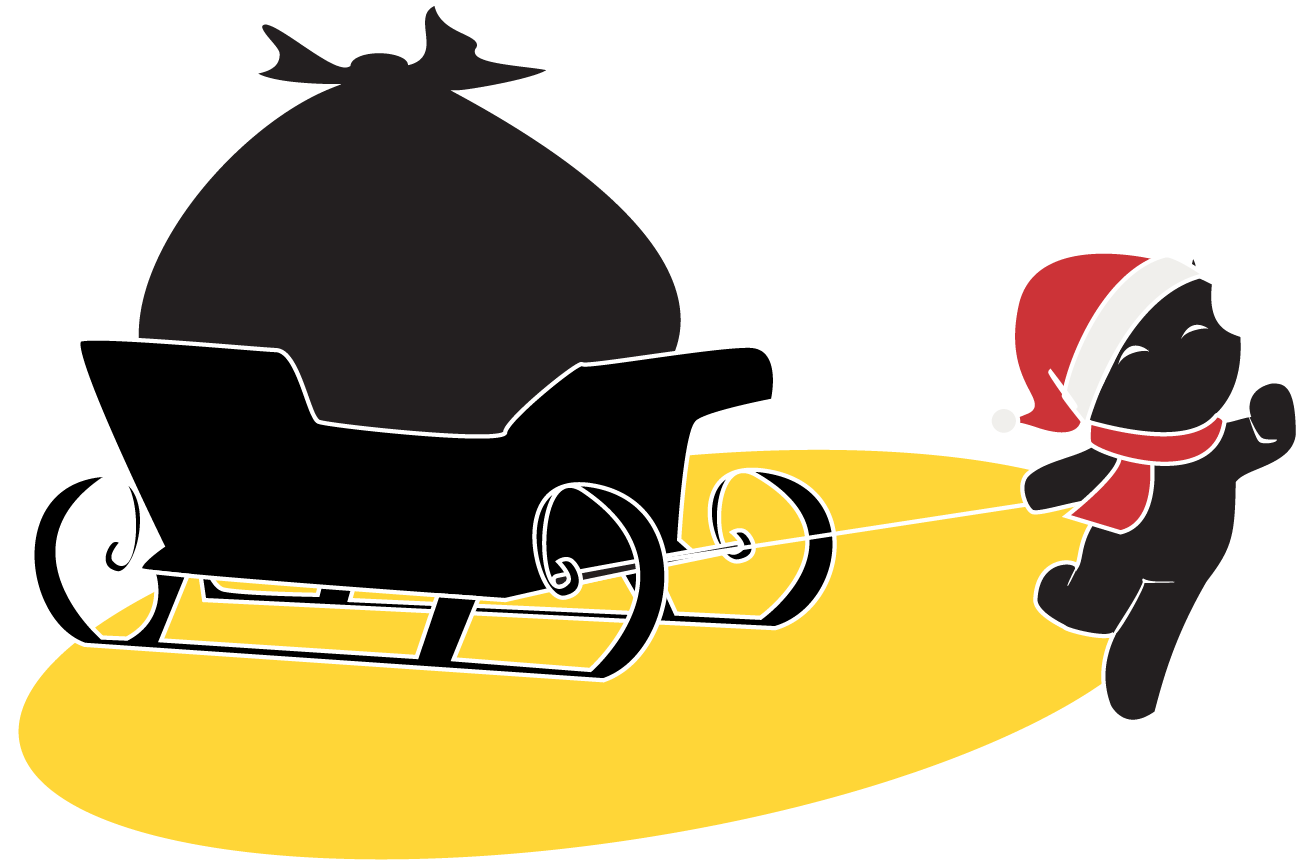