An older game, that perhaps hasn’t aged that well. GTA: VC is best defined as an open world action adventure game.The main gameplay elements consist of driving and fighting and both of these things are done quite frequently in the game. VC is set in ’86 and has a very 80’s Miami gangster theme going on for it.

The game itself is played by either completing several missions that can be picked up to progress the story, doing side missions to increase your wealth, or (maybe most popularly) just by running around, stealing cars and running over people.
To be honest, while I usually like these open world, sandbox type of games, I had never actually played a GTA (well, aside from GTA2 but that is a very different game) GTA just never appealed to me. But as I got into the game, I did like certain elements of it: 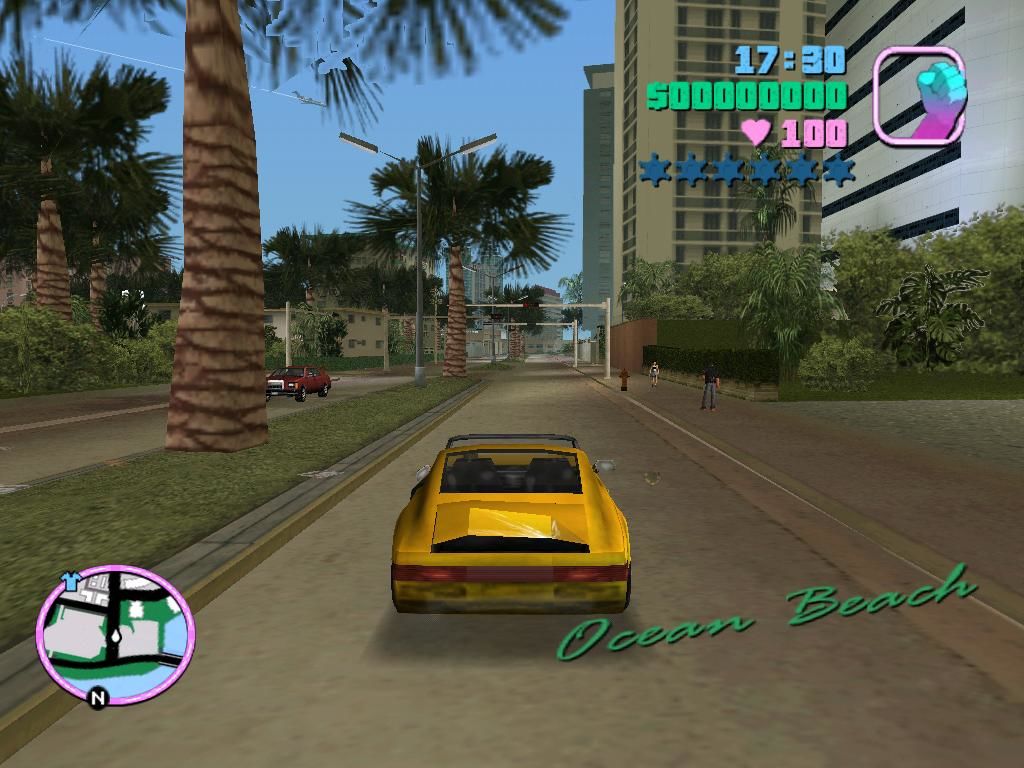 The general handling of the cars, i.e. the snappiness while taking corners, the fast breaks, not having to lock pick them and the fact that, although the cars might be damaged, it doesn’t affect their performance.
Driving is a big deal in these kind of games and I’m usually terrible at it. Running into all kinds of things, driving off cliffs, those kind of things. I’m such a horrible ingame driver! (truth be told, I don’t have a drivers licence and have no idea how an actual car drives, but I’m already a menace on my bicycle so I’m afraid to get it.) Thanks to the responsiveness of the cars in VC I could keep them on the road most of the time and the damage to my surroundings to a minimum. Still, I enjoy crashing into things to watch them break and the cars still being drivable after I’d run head first into a building was nice. The one thing I didn’t like about the driving was the navigating through the city itself, especially under stress. Sometimes it was very hard to see where the crossings where, making things a lot more difficult as I was checking my minimap constantly. But even the minimap didn’t portray all the roads! This caused me to crash into things and fail missions. I would have made roads more visible in game, by either giving the concrete a different colour from the sidewalk or showing more signs where crossings would appear.

The tutorial was another thing I did like, simple but clear, handling one action at a time. Then using the missions to focus on learning how to drive first and fighting later. Another thing to know about me is that I almost never free-roam in these types of games (unless the setting really appeals to me) because, although I like discovering things, I don’t always want to go out and search for things to discover. I’m the kind of player that likes to stumble across interesting things as I play. So in the end I always end up doing the missions. The missions in VC were fun to do, but to me had one big flaw. When you die on a mission you respawn at a hospital while having lost all your weapons, your car and some money. On top of that, you have to restart the entire mission!

So for instance, you started a mission, went to get a needed wardrobe change( a recurring thing in this game), got to the mission location, completed the first objective, then died on the second objective. You would then respawn at the hospital, steal a new car, find a gunshop, go to the mission starting point, watch the cutscenes again, get the wardrobe change etc. To me this meant that after failing a second time on the same mission I would either abandon the mission or shut off the game.
If I could redesign the game, I would either make use of checkpoints that respawned the character in front of the objective just failed, or I would still make use of the hospital respawn but let the player keep their outfit and at least some weapons so they could continue where they failed after driving back to that location. Either way, I would make failing less punishing because having such heavy penalties sucks all the fun out of a game and just leaves me feeling frustrated.

Aside from these things I did enjoy the variety the game offered, there where almost always multiple missions or side-missions to start at the same time. So when I’d get frustrated with failing miserably, there always was something else to fail miserably at.

All in all, GT 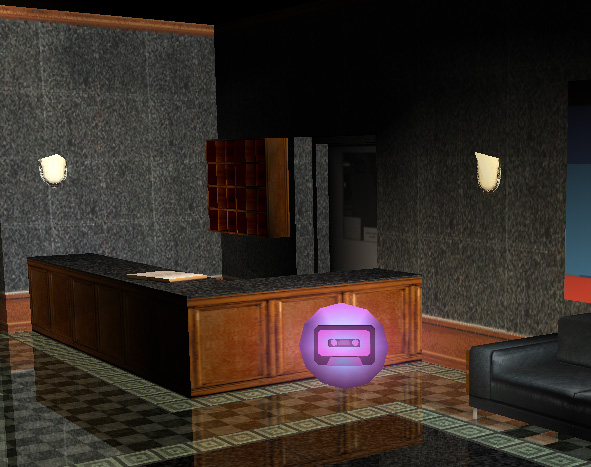 A:VC is not a game I particularly enjoyed playing, but this could be because it’s so dated (it’s 13 years old!) and the genre has made such improvements over the years. In it’s core, the game seems interesting enough, the story and characters are engaging, the controls non-intrusive and consistent, the 80’s setting is funny. But the camera was confusing and never showed me where I was going, the difficulty was set too high for my taste, the pick-ups were these big purple orbs that needed you to get out of the car for, the save points were too tedious to drive to (only one in the first part of the game) and the penalty for dying was too steep. This game is going back onto the shelf.