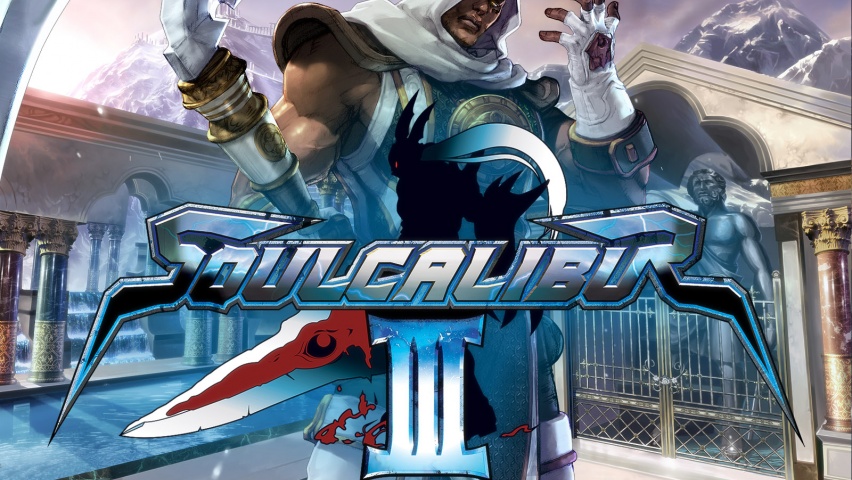 Soul Calibur is a fighting game, that can be played solo or in vs. mode with multiple people. The first game in this series was rated very high on gamerankings and is generally considered one of the best fighting games of all time. Nr 3 in the series scores a bit lower but should still give a fair impression of why these games are so successful. My only personal experience with playing fighting games comes from the Super Smash Brothers series and Street Fighter 2 so I wasn’t entirely sure what to expect.

The first thing I noticed about the game is that it has a lot of options to play. Single player alone has 6 different choices. I felt a bit overwhelmed and just clicked the top option to start, while I clicked I noticed the tutorial mode at the bottom of the options but by then the game was already loading. The character select screen was nothing exceptional, but the characters where not displayed instantly (they took some time to load apparently and even then where not displayed completely) making choosing one to my liking a bit of a hassle. The first game mode was a story mode, featuring a lot of text and single round battles. While I didn’t really like reading the texts, I was surprised that I was able to make a choice about where the character should go next. This, in a sense, enabled me to choose my next opponent which is a nice way to give extra control to the player and increase replayability.

One of the options that 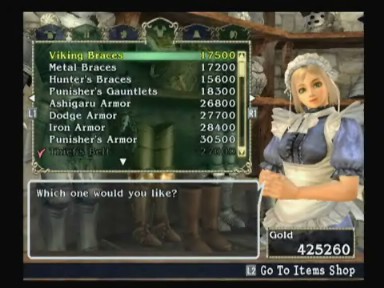 really surprised me were the in-game shops, with every game I finished I’d earned money which I could then spend on more powerful weapons and armour for my fighters. I really like the idea that, instead of just getting more skilled as a player, the character can get more powerful too. If anything these game analyses have made me realize that I’m not actually that good at playing games. In the case of a game like Soul Calibur this would mean I’d never see the final fights in story mode. Having an upgradable character enables a player like me to get better by investing time alone and not worry too much about hand-cramping button combinations.
Apart from weapons and armour, the shops also sold customization items for (another thing I hadn’t seen before in fighting games) character creation. The character creation option was something I really liked! If there isn’t a character you like, just create your own.
I’m always a supporter of sensible armour in games, but the predefined female characters have no shortage of boobplates and -windows, chainmail bikinis and battle appropriate high heels. The create character option actually offered me much better armour choices for my female characters. Being able to play a character that looks like she should take care of herself instead of just looking like a teenager’s dirty fantasy is a big plus for me. 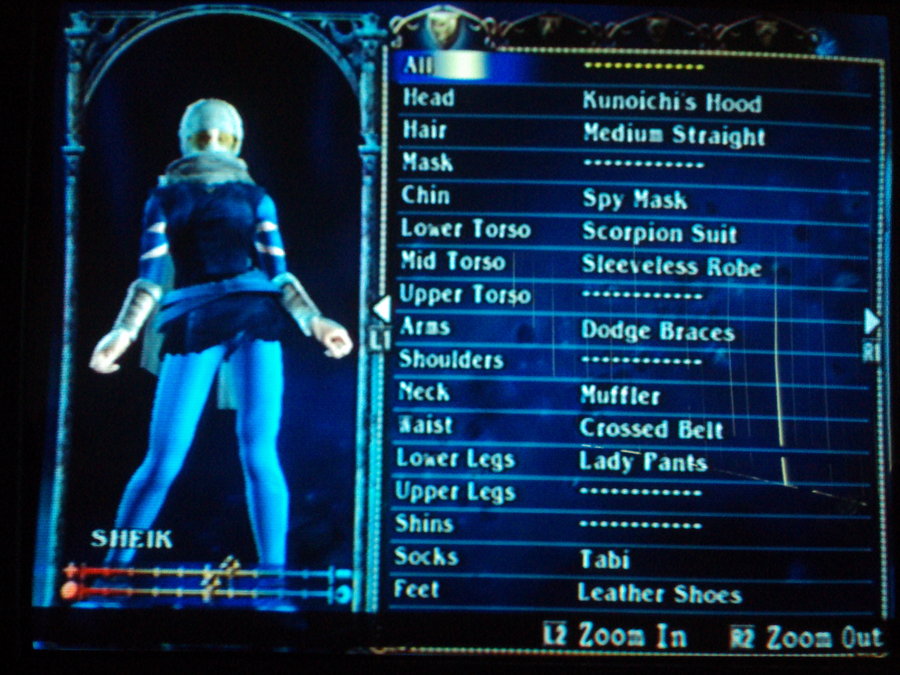 Unfortunately, the custom characters were not playable in every game mode. They were used for vs. matches and a special strategy game mode, Chronicles of the Sword.
Chronicles of the Sword reminds me a bit of a simplified fire emblem, in which you can move characters strategically around on a field, capturing enemy bases and levelling up your characters by doing so. Where it differs from fire emblem is that the battles are real time, Soul Calibur style. While I liked that the game offered so many different modes to play, this one felt to me like it wasn’t really thought through. It was hard to understand at first but after playing it for a while I actually got frustrated with how slow everything moved and found this mode rather boring and lacking challenge.

The last thing I wanted to talk about was the feel of the game. Even though the game was quite extensive in its options and unlockables, the fights themselves still had a very arcady feel. I rather liked that everything felt so magnified and I understand that it’s where the roots of the game and the genre lay, but I never understood the reason for timed continues on console game. There is no next player that is waiting for his turn, or no quick decisions of putting in more money to try the fight again. So why put this extra pressure on a player that is already frustrated because of defeat by adding a countdown?

To summarise: Soul Calibur 3 is a big game with many options and I found it a bit intimidating to get into and invest extra time in the game. I really liked the shop function and customization of characters, although the lack of pictures of what I was buying in the shops rather bothered me since most items were used for visual purposes. While I eventually liked the extra options and spent a good time just browsing everything, I would personally try to make it feel less cluttered or “all over the place”. Especially since the combat itself feels so streamlined and would be perfect for quick matches!