Posted on October 4, 2015 by Adventurous Imp

Batman AC is an action adventure game with stealth elements. It is also the highest rated game on the gamerankings list that is based on a franchise outside of games. Building a game around a franchise that’s been known and loved for its comics and movies is a tricky business, it must be difficult to stay true to the original while still making the necessary changes to create a good game. Aside from portraying a great, dark and hostile atmosphere in the game, I believe the main reason this game is such a success is because it can be played in a few different ways. The player can go all out and defeat all the opponents in melee combat, but he can also choose to stay hidden, taking out opponents one by one using stealthy tricks and gadgets. This is already displayed in the first real mission, where     you have to enter the courtyard. You can either dive in to take out the group of thugs standing in front of the building, or sneak in using the door on the

balcony. Splitting up gameplay like this caters to two completely different types of gamers. While both sets of gameplay are needed to complete the game, the player is able to favour one, upgrade it and play the game the way he wants to.

Another thing that makes the game successful is that there is so much to see and do. Arkham city is a big place and it is full of challenges and collectibles which can be gathered for more upgrades. It also has most of the classic batman bad guys, who have claimed their parts of the city and decorated it to their own tastes. It gives all the baddies their screentime and shows that the designers took their time to get to know the franchise instead of just making a generic game and slap the bat logo on it. A big (optional) part of the game are the riddler secrets , these are challenges and riddles spread throughout the city. I’m personally a sucker for collectibles and hidden pieces of background information, so I found myself actively searching for these and sinking many hours into the game as I wanted to complete the collection and side quests. The trophies are usually hidden in a locked mechanism that can only be opened by using gadgets and skill. They make a great break from the game if the player is stuck or just wants to run around the gameworld. The riddles are things that need to be found and photographed, they are challenging to find and provide a lot of background information about the batman universe and the enemies in it. What’s also clever about it, is that the player will take their time to look around the world and notice all the extra effort in that went into it. 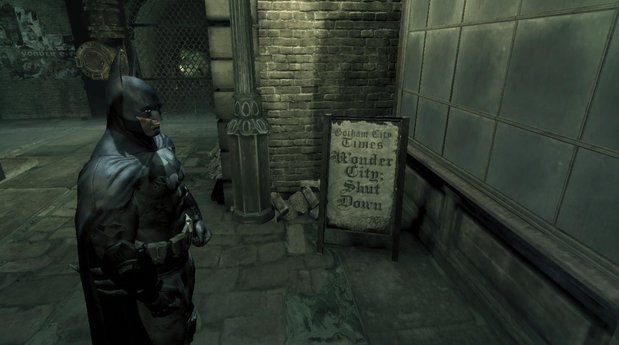 When going back to the start of the game, I noticed that the initial setup is very movie like. The action unfolds like a grand movie trailer, the player’s options to interact are minimal and the first 10 minutes feel extremely scripted. Npc’s act out their little play when the player gets close or shove him when he steps in the way. The player is then released into the city and is able to become batman. But what’s interesting is that, apart from choosing a specific fighting style to progress through the game, the player never has any influence on batman’s decisions, they never really become batman. All batman’s choices and actions are predefined and the main story is very linear, the 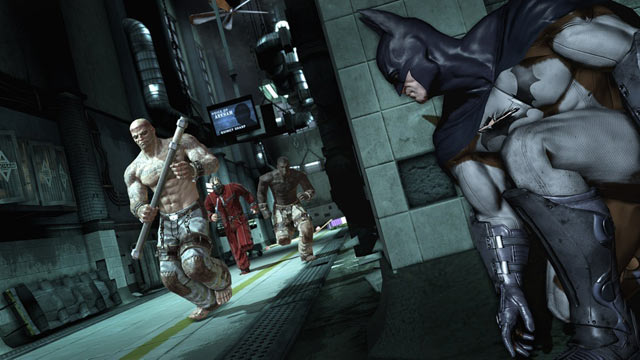 player always knows where batman should go next but somehow this isn’t annoying or even obvious to the player. This is because of two things: the player is able to interrupt the main story at any time by doing one of the side quests or going trophy hunting like mentioned before, the other thing is the way the story is built up. It’s interesting and very well paced, the story is divided up into different parts (the different buildings/badguys) and each part ends with a cliffhanger. The player rushes to the next area or building because they want to resolve the cliffhanger and see what happens next. In a way, the story makes batman AC play like an interactive tv show or comic book. Not because there is nothing you can do to influence the course of the game (which would be true) but because it has the classic series story formula to keep you on the edge of your seat by wondering what’s (and who’s) next.

Batman: Arkham City is one of those 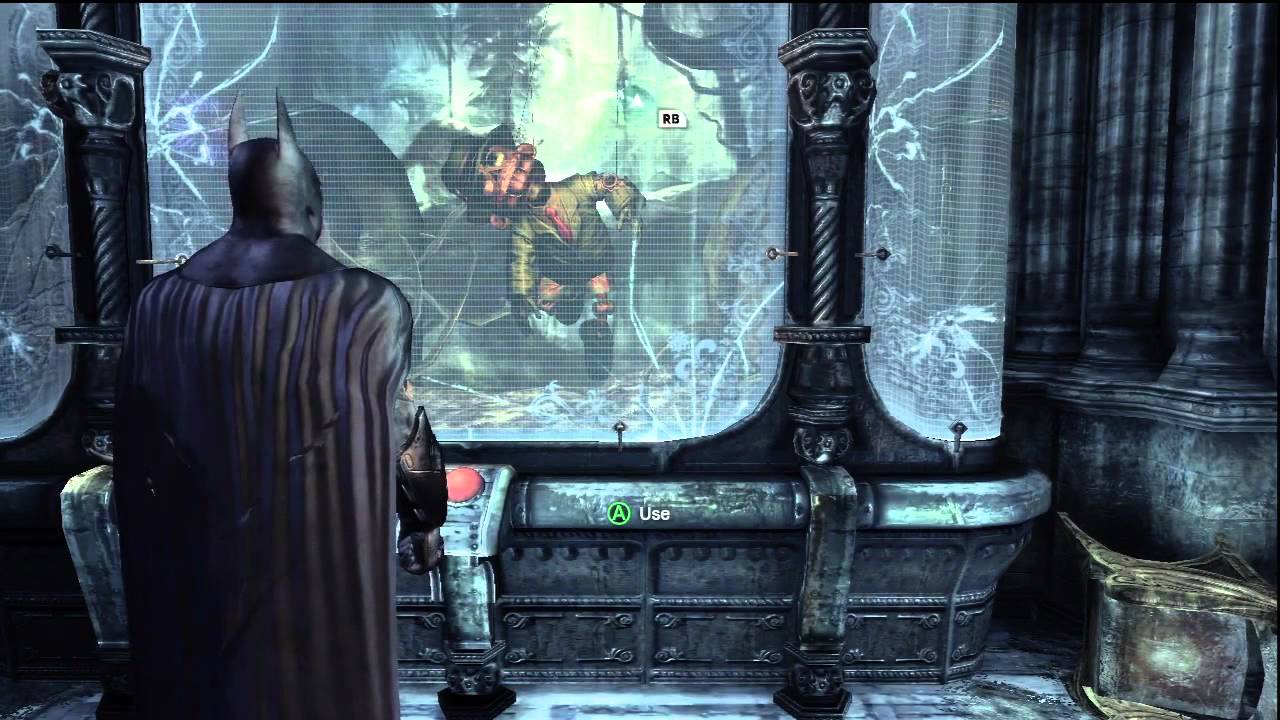 “Complete experience” games I’ve mentioned in an earlier blogpost. Everything is there: the story is well thought out, the action is diverse and the combat feels right, the environment is beautiful and consistent, there is a lot to see and do outside of the main storyline and everything not only fits the franchise but adds to it. It all just fits together. More game designers who are creating a game based on an existing franchise should look at how this game handles its characters and lore, there is much to learn here about how to keep the integrity of a (pre-existing) main character without making the player feel like they are a bystander in someone else’s adventure.